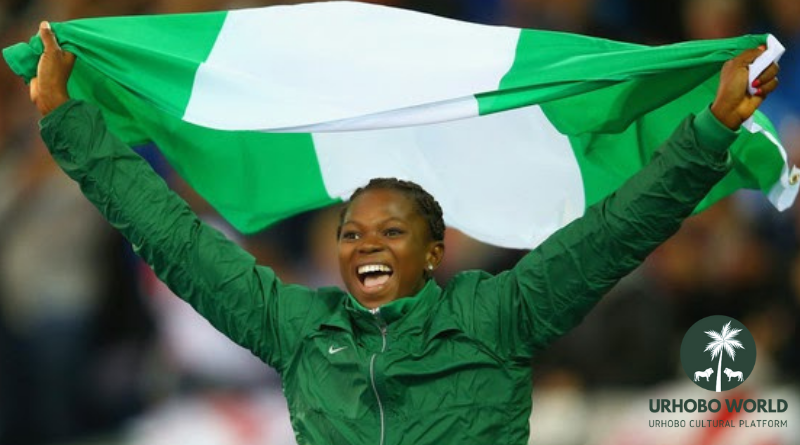 Urhobo athlete, Ese Brume has opened the gates for team Nigeria, winning their first medal at the ongoing Tokyo Olympics. Ese won the Bronze in the Women’s Long Jump event. This is Nigeria’s first medal in athletics at the Olympics in 13 years.

Born in Ughelli, Delta State, Ese first emerged at the national level at the 2012 Nigerian Athletics Championships.  She placed sixth in the long jump, clearing over six meters. She also was the winner at the 18th National Sports Festival in Lagos. The following year she set a personal best of 6.53 m (21 ft 5 in) to place second nationally, behind our other Urhobo athlete, Blessing Okagbare.

Ese is the African record holder in the women’s Long Jump event and was Nigeria’s only medalist at the last World Championship in Doha, where she also won a bronze.

All Urhobo are proud of her achievement and we celebrate her.