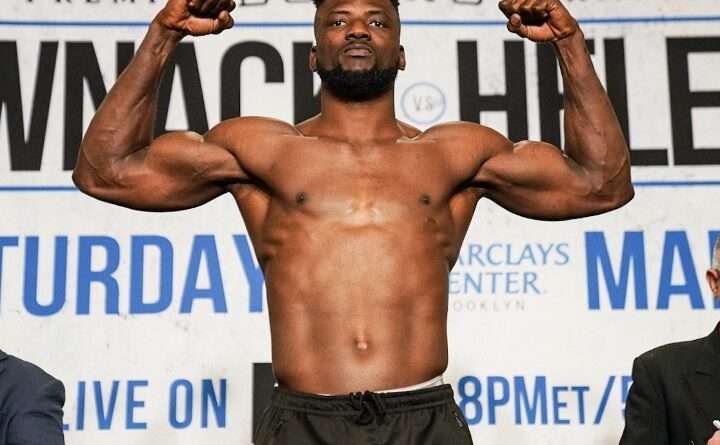 Urhobo is blessed with many talented individuals in different fields and in the international arena; Efe Ajagba is blazing the trail for Urhobo in world boxing and could bring the heavyweight belt to home.

Efe was born in Ughelli and was the Nigeria’s only boxer at the Rio Olympics in 2016.

Since his entrance into the international stage, he has fired up excitement amongst commentators particularly for his ‘lights out power’ to knockout opponents.

This our Urhobo brother has shown his metal in his 13 pro fights so far and his is definitely one to watch in the emerging pack jostling for position behind Tyson Fury, Anthony Joshua and Deontay Wilder.

As an amateur, Efe won gold at the African Games and bronze at the Commonwealth Games. He holds the record for the quickest victory in history, seeing off Curtis Harper.

Efe is a lean 6ft 5ins, with long strong arms and a powerful punch ready to send any opponent to the canvas.  “When I hit someone, it’s a vibe,” he says.

Efe is definitely one to watch and someday soon he will bring the boxing crown, the heavyweight champion of the work belt to Urhobo Land.