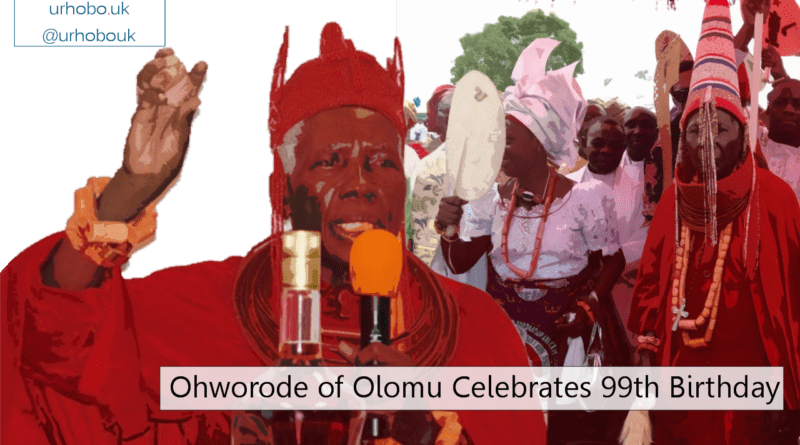 The king, who turned 99 years in January is is interestingly the oldest educated monarch in Delta State.

The monarch in company of his immediate family recently caused a stir when he drove himself in a black Lexus jeep to St Andrew’s Anglican Church, Ogoni- Olomu for a special thanksgiving service.

According to him, “God has been magnanimous to us as a people, yet we are crawling and sleeping. Am urging every one of us to learn how to give our hearts and soul to God as this is the only way we can succeed in life.” Speaking on the secret of his longevity, the monarch said: “God is the secret of my longevity and that is why at my age, I can still drive.”

Urhobo Social Club, Lagos held a grand reception at Olomu in honour of the monarch.  President of Urhobo social club, Chief Simeon Ohwofa while giving reasons for the honour bestowed on the monarch, said: “The Owhorode as a king, radiates excellence in his leadership for the past 28years on the throne and this excellence is what the club stands for, hence we have decided to celebrate him.”

In his paper presentation titled: “The progressive leadership in a traditional setting,” the guest speaker at the reception, Prof Samuel Ibodje, described the monarch as a colossus whose image transcends the frontiers of Urhobo into the international arena while remaining visibly endearing to his people as their monarch for the past 27years.