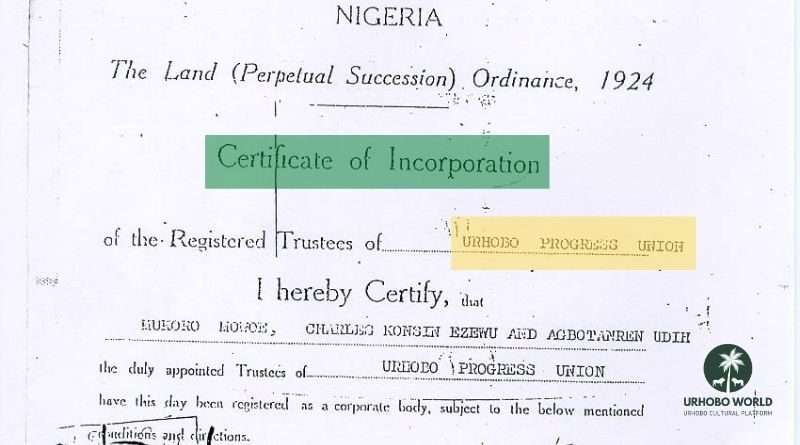 Urhobo Progress Union was incorporated in 1946, we are proud of its 74 years history as the apex Urhobo organisation with branches globally.

Noteworthy are the signatures of Sir Arthur Richards, Nigeria’s Colonial Governor in 1946, and of Chief Mukoro Mowoe who received the document on behalf of Urhobo Progress Union.