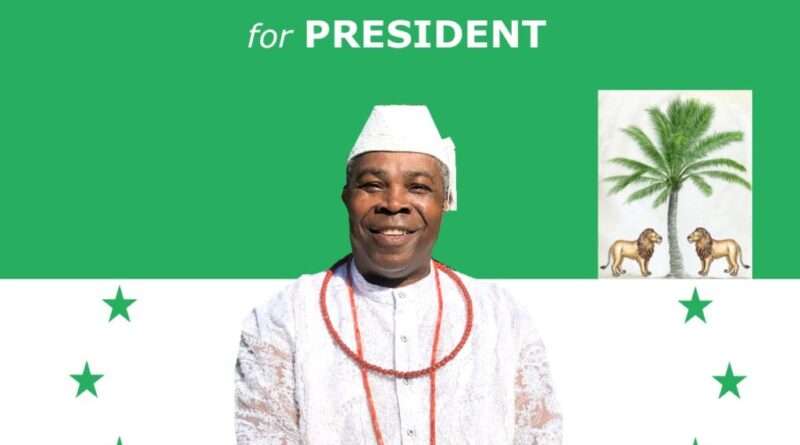 Amidst the UPU election activities in the UK, the recently concluded elections in the United States and the many challenges facing our people in Delta State, a clarity emerged about the choices we face as Urhobo people worldwide. Urhobo is a great nation of great people, with great aspirations. Our founding fathers were right to establish the Urhobo Progress Union, as the vehicle to build strength through unity and deliver to the aspirations of the people. I am clear in my mind that the task for our generation today is to build on their vision, standing on the shoulders of giants like Chief Mukoro Mowoe, to secure an Urhobo Progress Union fit for the 21st century.

I am currently in Urhobo Land preparing for the grand opening of the Palace of the Ovie of Agbọn, using the opportunity to talk to leaders from our communities, those residing in the homeland as well as those from across Nigeria and overseas.

With intent, I followed the proceedings of the UPU UK question time session held this Sunday. Firstly, I want to congratulate the Caretaker Committee, the Electoral Committee and all participants for what is clearly a most successful event. What I have seen in the videos circulating on social media is quite inspiring and a testament to the desires of all our people in the UK for a unified UPU that is able to drive change in the community.

Secondly, I would like to apologise sincerely for not being able to attend in person. My trip home, to attend the opening of the Palace of Agbon Kingdom, was finalised long before the decisions were made for the UNIFIED ELECTIONS FOR THE URHOBO PROGRESS UNION UK.

As a people, we have already made considerable progress. The Urhobo Progress Union is the second oldest Union of its kind in Africa, second only to South Africa’s African National Congress, having been established in 1931. Over the years, the Union has made an immeasurable contribution to the advancement of Urhobo people worldwide.

However, it has also faced many challenges. We have faced the issues of disunity, conflict and lack of progress at times, that has led to many in the community losing faith in our great Union and feeling disenfranchised.

We have a new opportunity to rebuild our Union worldwide and this is the challenge that our President General Worldwide, Olorogun Moses Taiga has laid before us. I believe that we in the United Kingdom can grasp this opportunity to build a UPU fit for the 21st century, using all the instruments available today, to strengthen our Union and put it in a position to deliver to our aspirations.

We need to put our Union in a good state for our children, our younger generation and generations to come. UPU UK can be restructured, developed and put in a position to contribute to the development of the Union worldwide.

This is why I am very delighted to put myself forward to serve you, my people as your National President given my years of proven leadership in Education in Nigeria and retiring after ten years of working as a Secondary School Principal here in the United Kingdom.

In the past weeks, I have had many discussions with many people in the community, from young people to older adults, women and leaders of all Urhobo Kingdoms. I have listened with great care and have sought to reflect the views in reflecting on how we build a UPU UK fit for the 21st century. I have therefore launched my manifesto – The Chief Ejiro Ughwujabo: Manifesto for Urhobo Progress; which I believe sets out realistic and deliverable proposals and will set us off for the first three years of this journey. Please click here to read or download the manifesto.

In stepping forward to be National President of UPU UK, it is my desire to consolidate the reconciliation that has been mediated and foster the peace and unity that will enable the progress we so desperately need. The urge is to genuinely actualise the slogan: “URHOBO ỌVUỌVO”.

Given the opportunity, I will start by securing the commitment of the elected executives to my vision of inclusivity by working to ensure full representation of all kingdoms in the Executive Committee.

I will ensure that our young people, who are the future of our Union, are empowered to play an active role in the Union. I will have further consultations with the existing youth groups, including Ekuomakugbe and Urhobo Fellow Gentlemen, to discuss how we can ensure that we are not only running activities for young people but that we are creating opportunities for them to play an active role in the leadership of the union.

Our women have been organising themselves in the UK for a very long time, with so many women’s clubs and associations. It is time to bring them closer to UPU, recognising the valuable contribution they make to stability in our community.

Please see my manifesto for the key priorities I have outlined. I want a stronger and more united UPU UK; able to work together to achieve more as a community. I recognise that I cannot do it alone. I seek your support in this crucial election with a commitment that should I be elected, I will require your ongoing active engagement and prayers to succeed for all our people. Together we can achieve and build a UPU UK fit for the 21st century.