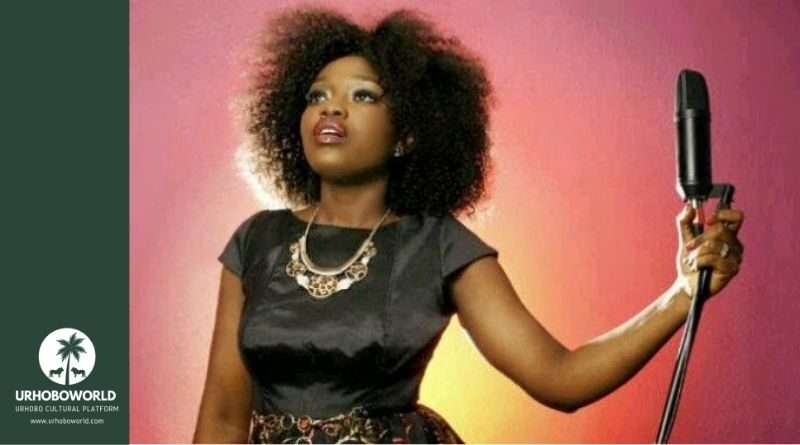 Who can forget the brilliant Urhobo songstress, Kefee aka ‘Branama Queen’; to the world, she was a Nigerian female gospel singer, but to us, she was an example of Urhobo excellence and her legacy lives on.

She was born in Sapele, Delta State in 1980 as Irikefe Obareki to parents who are from Okpara in Agbon Kingdom, Ethiope East local government.   Kefee started singing at a very early age, singing at her church choir; soon progressing to writing and composition.  Kefee graduated from the University of Benin with a degree in Business Administration.

She was already well known as a Nigerian female gospel artist having released an album “Trip” in 2000, but her profile rocketed when in 2003 she released her formal debut studio album Branama.   Now the scene was set for national fame which included international sales. What was most exciting for the Urhobo community was that the hit song Banama was a quintessential Urhobo song, bringing in elements of Urhobo traditional song with modernising influences of Afro-pop.  The video for the song was a full display of the Urhobo culture, from the dance to the costumes and indeed the storyline; Branama presented Urhobo to the world in a new and positive way, attracting the attention of Urhobo young people worldwide, many of whom had not identified with the Urhobo culture.

Kefee took Urhobo to the international stage, headlined the African Festival of Arts in Chicago sharing the stage with Grammy winner India.Arie and Tyrese Gibson.  she was honoured with the UN’s International Young Ambassador for Peace Award

Kefee passed on June 13th, 2014 in California United States, but today, many of her best songs that have an Urhobo twist are still played across the Urhobo community globally, at home and at parties; songs like Branama, Igbunu, Ohoyin, Woruno, and Kokoroko are favourites and this legacy seems likely to continue for many more years to come. We celebrate the great Urhobo ‘Branama Queen’