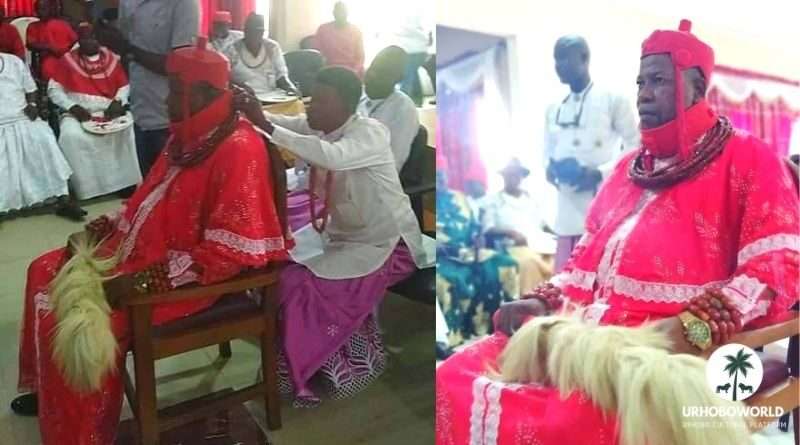 News reaching us is that the Kingdom of Idjerhe has crowned its new King; Hrm, King Monday Obukowho Whiskey Udurhie 1 The Ovie of Idjerhe kingdom.

Images of the coronation ceremony have emerged and the ceremony and celebrations are said to be ongoing.

The former King, His Royal Majesty, Edward Igho Otadaferua, Erhiekevwe 1 passed on in 2018 and the search has been on to select a new Royal father.

Congratulations to the Idjerhe people and to his Royal Majesty, wosutọ!