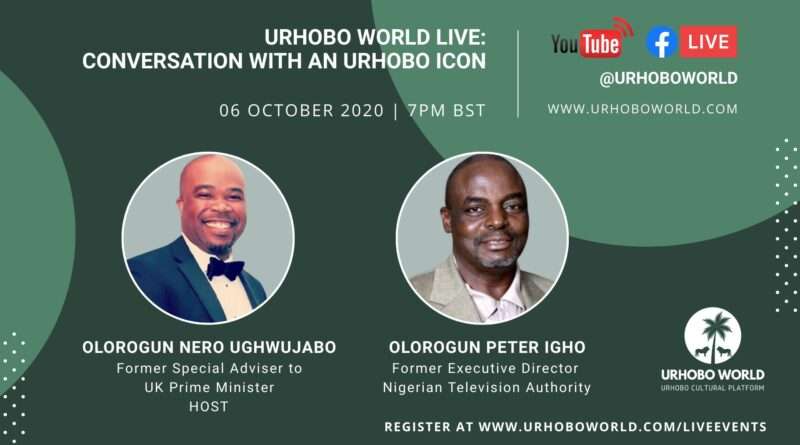 Urhobo World will be holding a live conversation with an Urhobo Icon Olorogun Peter Igho, former Executive Director of the Nigerian Television Authority and later appointed Director General of the National Lottery Regulatory Commission, a Federal Government parastatal in the Presidency.

Olorogun Peter Igho, a legendary television producer, writer and entertainment industry pioneer; particularly in the golden era of television before the modern era of Nollywood. He was responsible for numerous productions, including household names like Cock-crow at Dawn, Mirror in the Sun, New masquerade, Second Chance, Behind the Clouds and the internationally acclaimed Things Fall Apart. We will explore his journey through television, his philanthropy and service to the Urhobo people; the challenges and opportunities through the years; and his continuing service to the advancement of Urhobo and the entertainment sector in particular.